Bethesda’s ‘Starfield’ is due to be released on Xbox S/X and PC at the end of next year. But for those looking to run the game on a computer and not a console… will your machine be up to the job for Bethesda’s new engine?

As with the anticipation of any big game release, dedicated PC gamers everywhere will be eager to double check their performance specifications against Bethesda’s Starfield system requirements ready for the launch date. (No pun intended). Unlike the previous Bethesda releases, including The Elder Scrolls: Skyrim, and both Fallout 4 and Fallout 76, Starfield will move from the original Creation Engine to its successor the Creation Engine 2. This will be the first game using this newly created engine. And we can probably expect similar features to its predecessor, but with likely upgraded game attributes and more advanced graphics capability.

Before we discuss the potential Starfield system requirements, let’s look at previous games using the original Creation Engine. The Elder Scroll’s: Skyrim (2011 initial release) was the first game to use this bespoke engine by Bethesda Game Studios. The game’s recommended requirements asked for moderate graphics capabilities for the time, as well as a reasonable amount of memory and storage to manage its advanced gameplay in its open world. 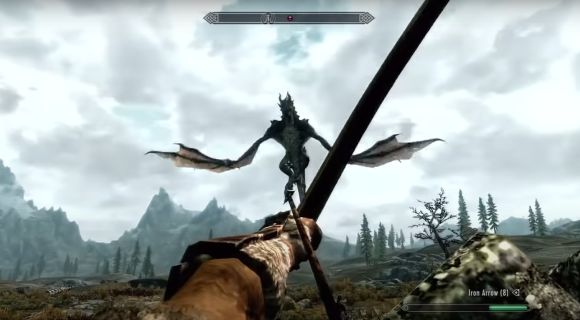 Therefore, it shows just how much Bethesda started to fully utilise the Creation Engine when Fallout 4 was released only 4 years later (2015). Significantly greater utilisation of the game engine required a much more advanced processor, double the memory and considerable more storage for the game’s sizeable install content. This was also reflected in another release of a remastered Skyrim the year after (2016); likely making use of the same developments created for Fallout. This again wanted more memory, better graphics and higher storage requirements. It was also limited to the more recent Windows operating systems 7, 8 and 10. 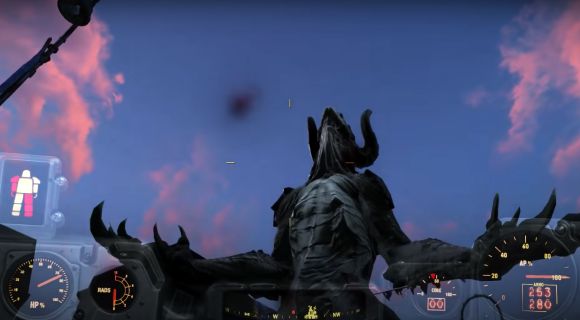 However, the jump from Skyrim to Fallout by Bethesda was still operating on the same game engine. Taking a look at the previous release in the Elder Scrolls series Oblivion (2006) demonstrates the progression in game development from before the Creation Engine was produced. Considering Oblivion was released 5 years prior to Skyrim, the initial specifications do not vastly differ. Although Skyrim requires some additional demand for a larger amount of memory than Oblivion, the processor and storage requirements are not too dissimilar. This is the same for the release of Fallout 3 (2008), which requirements sat in much of a middle ground between the two Elder Scrolls games. 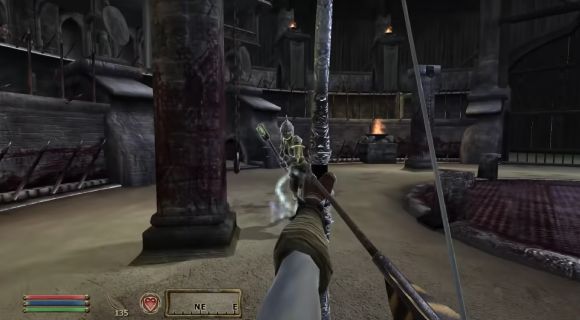 However, what can this tell us about the likely specification for Starfield? There is always a progressive shift with each Bethesda release, as they work hard to push the limits of their games and meet fan expectations. We can expect at least some natural increase in necessary spec from their last release in the Fallout series. But even that was released 7 years ago… at least by the time Starfield is due.

Keep reading to see our own Starfield system requirements!

What we can expect from the new Creation Engine 2

Bethesda Game Studios have reportedly hired more writers and developers for the production of Starfield and its Creation Engine 2, than they have for any of their games previously. Considering also it will likely contain a much larger playable map, set in space; they have their work cut out for them to create the full an immersive environment players will be expecting.

Taking a look at the biggest, most graphical intense games of the last couple of years, many are open world fantasy simulators. Demanding complex functionality and advanced visual graphics as part of standard gameplay. Think of Rockstar’s GTA V (2013) and Red Dead Redemption II (2018); which are still very widely played games that include similar dynamics to what Starfield will employ. Such as: open world map navigation, vehicle as well as character controls, FPS controls, integrated visual cut-scenes, etc. Even The Outer Worlds (2018), also a space-based RPG by Obsidian Entertainment, and Ubisoft’s Far Cry 5 (2018) contain very similar functionalities, and are good comparable examples of open-world RPGs of the last couple of years.

Although these games are now a few years dated, their recommended Windows system requirements range between an Intel Core i7 7700K/AMD Ryzen 5 1600 to an Intel Core i5 3470/AMD X8 FX-8350 processors. The difference between these are quite different, but do span across various models across a number of years. Graphics requirements seem much more standard, with most of these big hitters specify either Nvidoa GTX 970/1060/AMD R9 290X/AMD RX 470/480 GPU models. RAM is rather inconsistent, but is measured generally requiring available memory of 8 – 16 GB. Additional storage also ranges greatly. But has a greater correlation to the games size and graphical complexity.


What will this mean for Starfield system requirements?

Bethesda has always attempted to make great strides in progress with each of their game releases. Both within graphical enhancements and gameplay. The introduction of the new Creation Engine 2 will, in our opinion, include a graphical boost in game textures, visuals and ‘world’ environments. We will likely see perceivable improvements in quality of Starfield compared to Bethesda’s previous Elder Scrolls and Fallout games. Also, Bethesda’s attempt to increase the scope of Starfield’s world and game complexity has required the need for them to hire additional game producers. The scale we can only infer about Starfield’s ambitions make us greatly consider a step up in system requirements than what was necessary previously.

The game will likely need a high level processor, but something which will still be wildly available. We think a moderately performing Intel i7 or equivalent AMD Ryzen series will likely meet recommended requirements. Similarly for the GPU, the game will at minimum have to match what is standard for the Xbox S; which is a 1.565GHz Custom RDNA 2 GPU. The Xbox S also only has a max memory of 10 GB, but we expect the recommended RAM for PC will be 12 GB based on trends of other RPG game releases of the last couple of years. Considering the recent release of Windows 11, it’s likely Bethesda will only release with compatibility for the latest Windows OS.

Obviously we can’t be sure what the recommended specifications for Starfield will officially be until Bethesda announces it themselves. Until then we only have our best guess. Let us know what you think about the potential PC requirements in the comments below. Will you need to be upgrading your PC to play?

www.starfieldguide.com, 2021-2023. Unauthorized use and/or duplication of this material without express and written permission from this site’s author and/or owner is strictly prohibited. Excerpts and links may be used, provided that full and clear credit is given to www.starfieldguide.com with appropriate and specific direction to the original content.

Want to see more previews of actual Starfield gameplay and some official Bethesda behind the scenes content? Take a sneak preview of all of the game wallpapers, concept art and videos here.

At stafieldguide.com we aim to bring the latest and best Starfield News about the upcoming Bethesda open-world space RPG.

This website uses cookies to improve your experience while you navigate through the website. Out of these, the cookies that are categorized as necessary are stored on your browser as they are essential for the working of basic functionalities of the website. We also use third-party cookies that help us analyze and understand how you use this website. These cookies will be stored in your browser only with your consent. You also have the option to opt-out of these cookies. But opting out of some of these cookies may affect your browsing experience.
Necessary Always Enabled
Necessary cookies are absolutely essential for the website to function properly. These cookies ensure basic functionalities and security features of the website, anonymously.
Analytics
Analytical cookies are used to understand how visitors interact with the website. These cookies help provide information on metrics the number of visitors, bounce rate, traffic source, etc.
Advertisement
Advertisement cookies are used to provide visitors with relevant ads and marketing campaigns. These cookies track visitors across websites and collect information to provide customized ads.
SAVE & ACCEPT
Powered by